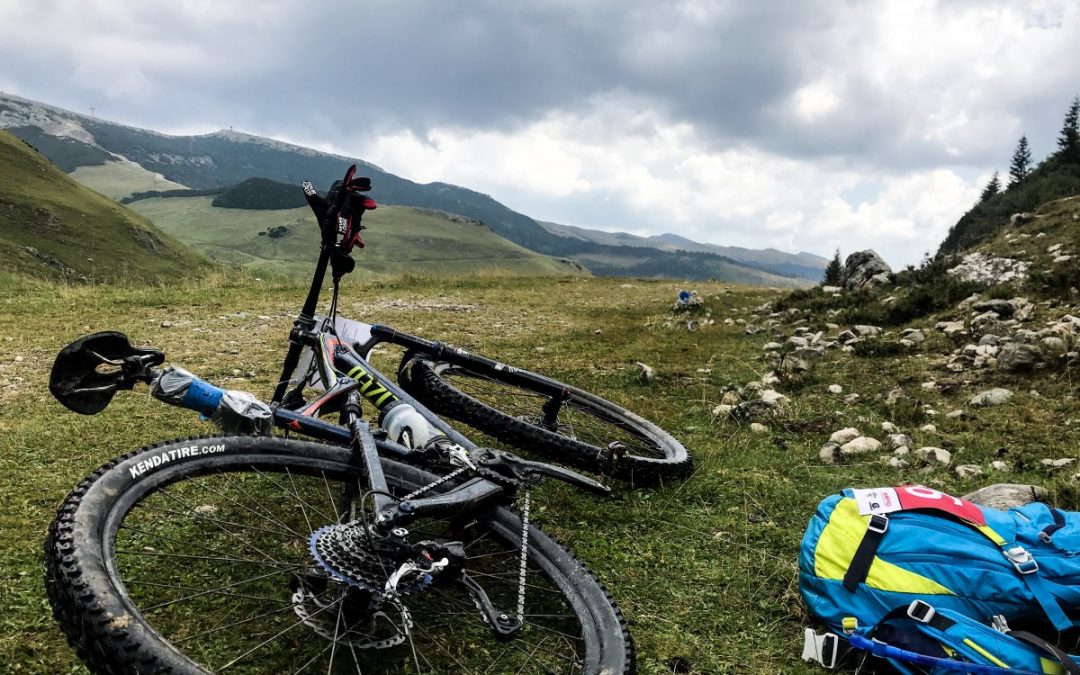 Stage two of the Carpathian MTB Epic started with the same route out of Fundata as stage one this gruelling climb hadn’t become easier overnight which was a shame as my legs pushed hard, body weight over the bars just to keep traction on the front wheel. 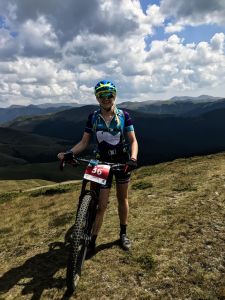 The route climbed a similar path up to the first feed station but today instead of turning left we went right a short sharp climb led to what felt like the roof of the world towering above the mighty Carpathian mountain range, standing still to catch my breath my heart beat was the only sound. The vast wilderness stretched out in every direction un-touched by humans, rugged and wild.

Now for the descent! The start was a grassy meadow, with a twist as it was basically a vertical drop, I opted for two feet! This came with the nuisances of flies, which seemed to think I smelt great. I’m sure I didn’t!

Once past the rather daunting top section the climb entered the woods and became a whole world of fun, loose earth, roots and switch backs made for technical riding. I kept my eyes up and picked my lines carefully as I swept through the forest my Specialized 29’er making easy progress down the mountain side.

We were at the bottom far too quick, a long an arduous gravel road climb took you straight from glory and back to the pain cave for what seemed like an age, as I made my way out of the tree line the rumbles of thunder got louder. 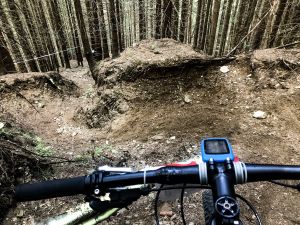 Finally seeing the red tent of the all too familiar feed zone I had made it to 25km in 3 hours 21 mins and passed the cut off for continuing into the most technical section of the course. As I started to climb the weather growled, thunder and lightning seemed to be surrounding me and the rain was coming down like someone had turned the hose on! Reaching the woods I slipped off the path and hurt my ankle, it wasn’t that bad, but in that moment I 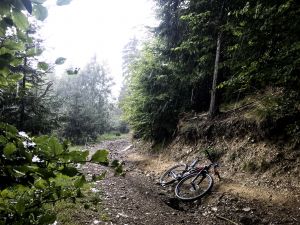 decided that my head had to rule and to turn round and back to safety. Reaching the red tent I was surprised how far I had actually climbed. Not stopping at the feed zone I continued on through the rain and wind feeling so cold I just kept pushing, not noticing the time tick by… By the time I realised my lack of eating and drinking it was too late to reverse the damage I had done, it was if someone had switch the power off in my legs and the only gear was slow and painful, I crawled back into the race village.

On unpacking my stuff and reflecting it became even more evident why I was I trouble my full camelback told the story, I was so dehydrated my body was just running on nothing. It’s safe to say stage two was a steep re-education in looking after myself. Usually I am so good at refuelling but the conditions got the better of me and then I paid the price hitting the wall 10km from the finish. 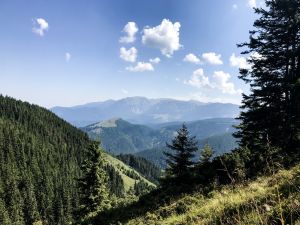 Stage three I promised myself would go better, and it did!

To see more photos head over to my instagram.