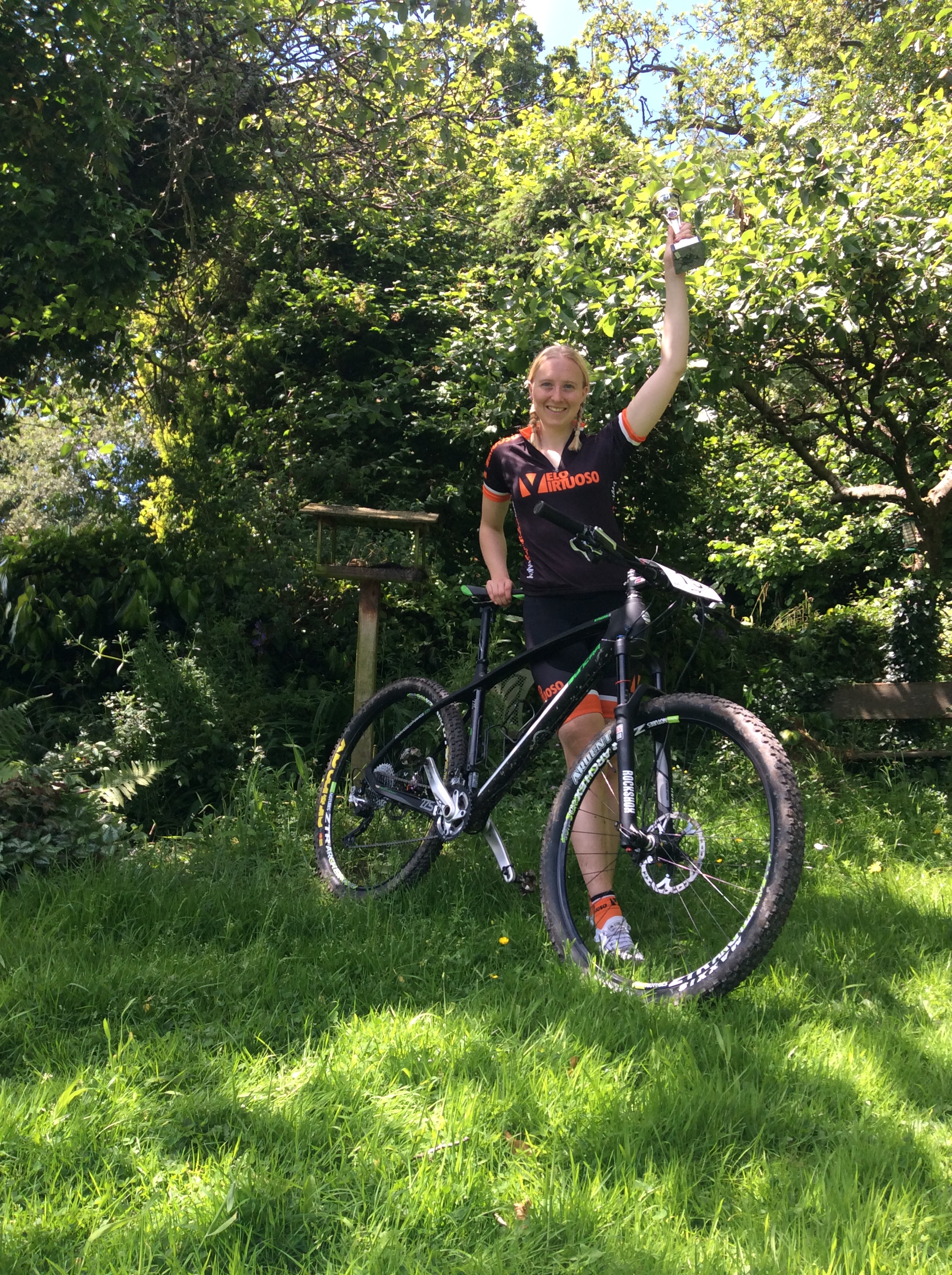 Today I raced at the Southern cross country series round five at QE Park. Racing so close to home was great! The alarm went off at 07.00 which was still early for a Sunday but no way near as bad as the usual 5.30 starts on a race day. The race start was at Head Down near to QE Park in Buriton, 10 minutes from our house. We left at 8.20 to give plenty of time to ride the course and warm up before the race start at 10.00. I was excited and nervous about riding my new bike as I hadn’t had a proper opportunity to test it out on single track yet.

We arrived at the venue in the middle of the woods. My practise lap went well and I was happy with my choice of tyre leaving a Maxxis Ardent on the front and putting on a gripper Mavic Roam on the back.

The course was good, although starting with a long slog up a fire track onto uphill single track was a tough way to start! The trail meandered through the woods mainly off camber, switch backs and roots where the obstacles in this part of the course. It then led out onto a fire road ascent which seemed to go on forever!

Getting off this track and back onto the wood single track was a relief, as it soon turned back down hill crossing another fire road onto the last descent of the course, which was a triple arrow down,  with a tight right hand bend and a jump at the bottom. I tried going to the right as it was dry and less sloppy, this was not the right line, as I could not make the corner. I went back to the top and tried staying high on the bank to the left which meant having to pop over a ledge, this worked a lot better as the angle into the corner was easy from here and although the jump/step was big my new Silverback with its 130mm of travel seemed to make light work of popping down it.

Returning back to the arena it was time to grid. I felt so nervous as I lined up with Jenny and Flo in my category, two very competent riders. We were set off in a mass start and I soon found myself stuck as we entered the single track behind people I needed to be in front of. I worked hard to get to the front of them, and soon found myself, where I wanted to be, on the back of Flo’s wheel who was on the back of Jenny’s wheel. I kept looking to over take but the track was tight and this made it hard. Going into the downhill part of the single track Jenny clipped a root which took her off and Flo went into her, I took the opportunity to  zip round the side and pushed the pace to get some space between myself and them. I was happy with the way my bike seemed to hold its own on twisty single track and I soon passed others. On the fire road I pushed as hard as I could to keep the gap. Frustratingly Flo got in front of me and I couldn’t stick with her pace on my 27.5 against her 29″ wheels. (and the fact she is a very strong climber as I found out)

The next bit of single track I worked hard to pull back the gap and had Flo is my site, but annoyingly a guy on his practise lap came off in front of me on the big descent which left me no choice but to hop off and run down. This lost me precious time and although I gave it my all I couldn’t regain the group.

Coming back into the arena after the last climb I felt pretty shattered I pushed on and as I disappeared into the trees caught sight of Jenny behind me. I knew I had to get a large gap between us before the fire road as this would be where she would be able to catch me.

I had a couple of silly errors as I battled to keep second place but lucky by the time I went into my third and final lap I couldn’t see Jenny any more. I knew she wasn’t too far behind so I kept pushing on and gave it 110%, I was relieved when I crossed the finish line in second and felt proud to of kept going even when I felt so tired.

My new Silverback bike performed brilliantly and I can’t wait to race it again next week at the Nationals! Bring it on!