Bank holiday weekends were made for exploring. 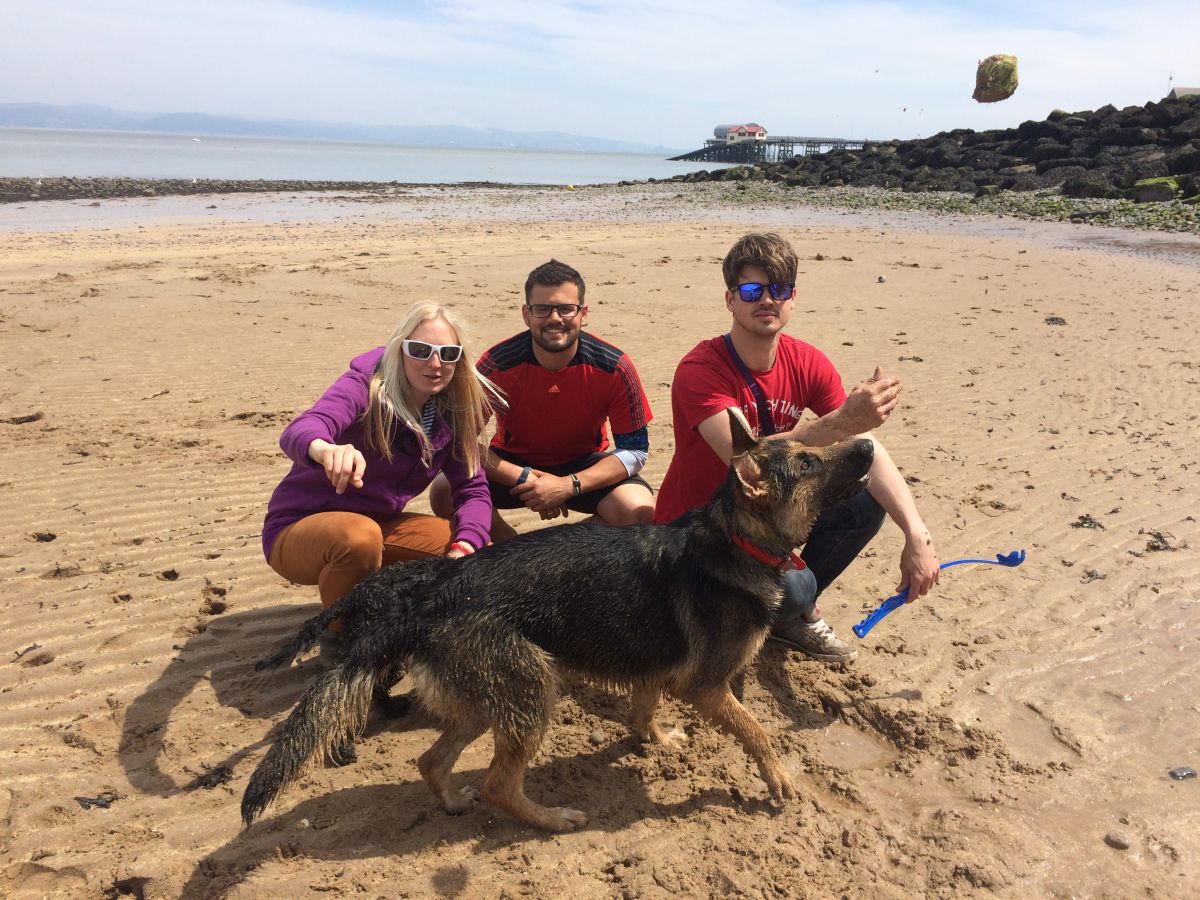 Our first ever Glamping adventure!

This one was no exception, on Friday night Lauren, Stu, Martyn, myself and the dogs drove to Wales for a spot of Glamping.

Glamping is a form of ‘glamorous camping’ which combines the luxury of a warm cosy night’s sleep in a real bed (usually) with the element of adventure in the outdoors.

We stayed at Bryn Betws Lodge in Afan Forest Park in ‘glamping’ pods which were little wooden huts with blow up beds, lighting, electric and that was about it! I have never been ‘glamping’ before and it was nice to arrive in the dark and not have to worry about fiddling with tent poles by torch light.

The pods were very basic and camping equipment like stove, plates/bowls, sleeping bags and pillows were needed. It was nice to have lights and electric two things I have learnt to deal without camping. 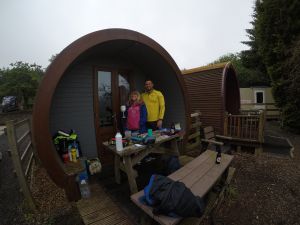 The pods had benches and chairs where we ate breakfast and admired the views. 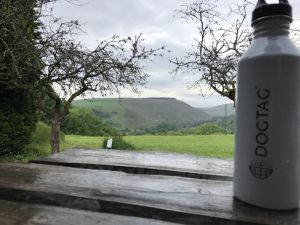 Saturday morning was drizzly but this didn’t detract from the beauty of the Welsh valley, a medley of green and grey rolling hills. After a somewhat leisurely start to the day we headed up the forest tracks with the dogs in search of a good pub. Now the keen eyed of you probably noticed I said ‘up’ and yes I thought I had seen a sign for a village going up the side of this hill, after a while it became apparent I was wrong. 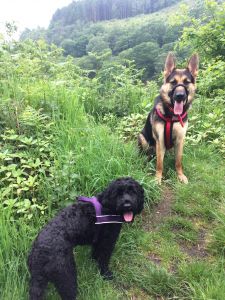 Retracing our steps the rain cleared slowly as we walked down into the village below. 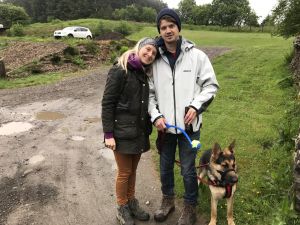 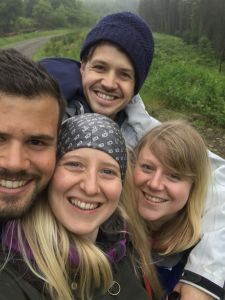 Arriving back at our pods, the hot and now damp weather had whipped the midges into a frenzy so we re-treated inside to play Linkee (a camping essential). I was just about to ‘win’ a letter K when there was a knock at the pod door. A smart gentleman stood with a bottle of prosecco in his hands and we were invited to a wedding! It turned out an episode of Don’t Tell the Bride had been filmed and the groom (prosecco in hand) said we were welcome to join the party.

Fast forward a few hours and we were the only four people on the dance floor. Sunday morning brought some sore heads and mountain biking was put on hold until the afternoon.

We spent most of Sunday exploring the beaches around the Gower Peninsula (Swansea end) I have never been to this part of Wales and the rocky cliffs stretched up for miles towards the peninsular from Swansea bay. 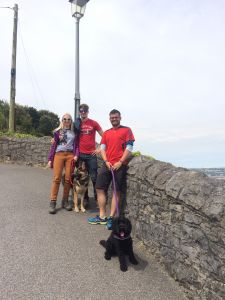 The dogs loved the beach and we had soon lost or broken several tennis balls in their enthusiasm to run and chase them down. 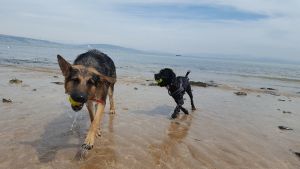 By the time we got back to the pods the beach air and walking had created 4 tired humans and two tired puppies!

Monday was our last day in Wales and it came with another slightly random surprise as we opened the pod doors three donkeys were chilling out in our camp area. The donkeys were keen to get to know the dogs, it’s safe to say this was not a mutual friendship! 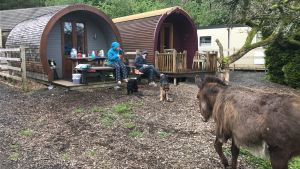 Packing the cars we headed to Afan Trail Centre where Martyn and Stu hired bikes. This was Stu’s second time on a mountain bike and the plan was a ‘gentle’ loop of Y Wal. Y Wal is a swooping 24km mainly singletrack loop where the descents and the views are both breath-taking. It is a red graded trail which, according to the guide book, boasts some of the best singletrack in the UK and I must say after riding it I agree. We climbed fire road and more technical singletrack climbs, rode along exposed ridge lines and weaved our way through the forest. It was exhilarating.