An e-biking adventure in Austria 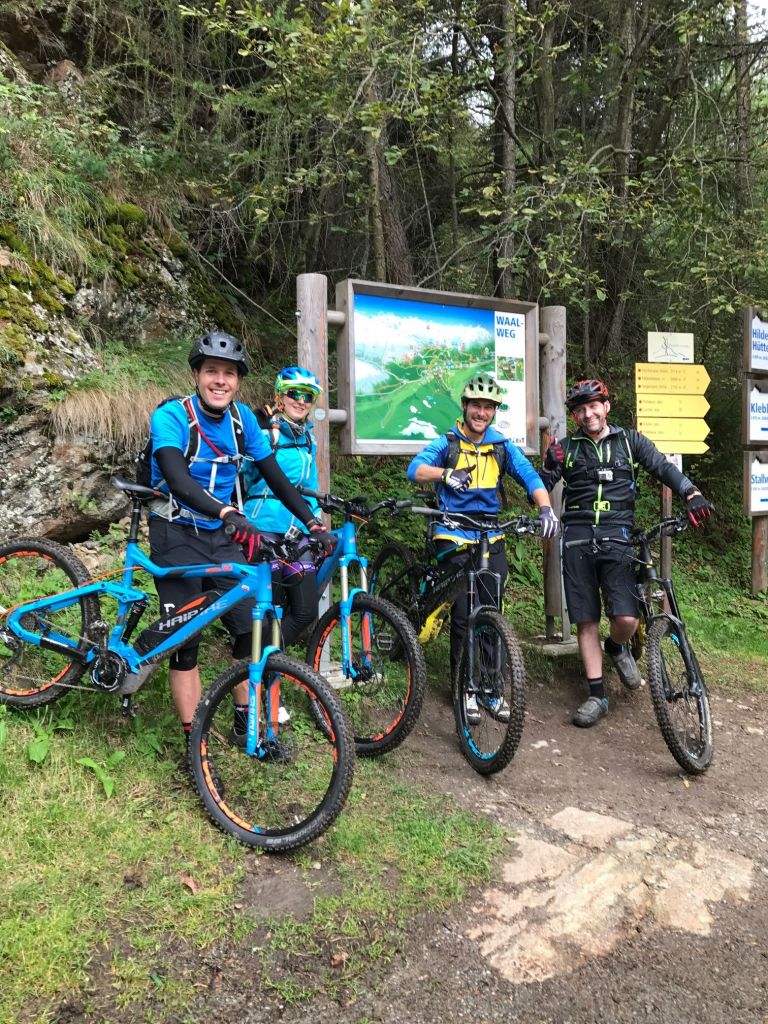 A two day adventure in the Austrian Alps

Monday was the first day visiting Austrian Alps in the picturesque village of Solden nestled in the Tyrol region.

This scenic village is an adventurous paradise with skiing in the winter and mountain biking and hiking in the Summer. 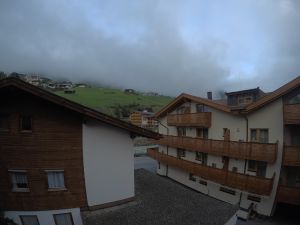 The Solden tourist board (Bike Republic Solden) is creating great infrastructure for biking and I was keen to try it out. So along with fellow mountain biker’s Dave, Martin and Peter we headed out on the first adventure of our trip.

Our first day in Solden was spent testing e-bikes. I had a Hai AllMtn with 150mm travel weighing in at a hefty 25 kilos I was glad I wouldn’t be needing to ‘hike a bike’ anywhere!

We hired our Hai e-bikes from intersport in the village and set off to the pump track with our guide Alex, from Bike School Ride On.  As a coach I was very impressed that instead of heading straight to the trails he talked about bike techniques and we used the pump track for him to give us feedback on our riding technique.

We then headed up the mountain towards our first trail, Monday was trying the ‘silent side’ of the mountain where there are no lifts so under our own steam, with the help from the e-bikes we headed swiftly onwards and upwards. 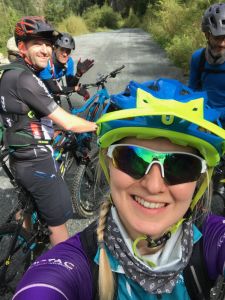 Having never ridden an e-bike before I was pleasantly surprised, the motor works when you’re pedalling and has four settings eco +, eco, standards and high depending on how much assistance you need depends on which setting.

The e-bike made easy work of the Alpine climbs, I used the standard and eco settings mainly, rolling up the gravel paths at an easy 16km the climb to the top took no time at all which was great I can really see the benefit of an e-bike for long days climbing in the alps for those who don’t have the needed fitness levels for such demanding climbs.

The first trail of the day was a black run called Jagers Notweg, Bike Park Solden have introduced a passport system where riders can collect stamps of each trail they have ridden in return for goodies, neat huh! 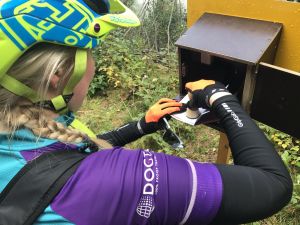 This was a natural trail with sharp, steep corners which I found a little too technical for my liking. I had to walk sections with the bike and this was really hard work the e-bike weighs almost half of me so lugging it around the trail was cumbersome. 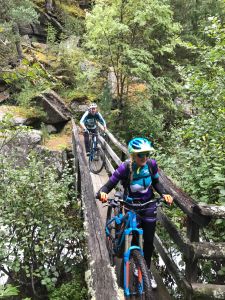 The natural trails were brilliant, if not a little testing, with steep sections, rock shoots, lots of tree routes and the odd hiker to contend with. All natural trails are shared rights of way so you need to be alert and respect other trail users.

Jagers Notweg – the start of this black trail lulls you into a false sense of security as you traverse a very pleasant path with trees on both sides. The trail soon turns into a testing singletrack with hairpin turns, jagged rocks waiting to pinch either you or your tyre and roots at the most unhelpful of angles. The days previously it had rained which had made both rocks and roots slick and the payment for getting things wrong on this tiny trail was not worth thinking about so there was a lot of negotiating on foot this is where e-biking was an issue weighing in at around 58kg my bike at 25kg was nearly half my weight and keeping myself and it upright was a work out in itself.

Just as you think this little singletrack has thrown all it can at you, you reach a bridge and then a 10 minute climb to the double track path. Delighted to reach the top Dave and I chilled and chatted about our attempt at the most technical trail in the whole of Bike Republic Solden, happy to have that stamp in our passports we headed onwards and upwards. I was happy to have some assistance from the e-bike which plodded along nicely in eco mode my feet turning the pedals around 80rpm. Sometimes forgetting I had assistance at all until I stopped pedaling and the bike would coast along like a normal bike losing power. With an e-bike the more power you put in the more it gives back.

We then headed back up towards our lunch spot at Kleble Alm, a typical Austrian chalet serving delicious Goulash Soup. Batteries re-charged we headed down the Kaiser trail and back towards the village.

Overall I would say e-bikes have a great place within mountain biking to help those who don’t have the fitness level to have access to the outdoors and go on adventures.

Tomorrow is Enduro day using the uplift to get to the top and enjoying the flow trails on the way down. 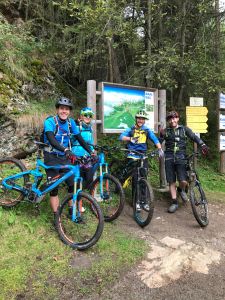