A new adventure is calling.

The last two weeks I have been unable to ride my bike or get up to much as I have been recuperating after having an operation.

I am usually fighting a battle between wanting to go outside to play or train and planning the next challenge. Having a week or two not being able to get outside has been helpful. It has given me plenty of thinking time, time to work out what I want to achieve in 2017 and beyond.

Also the fact that next year I leave my twenties and enter the new world of thirties has given me a new perspective. I want to continue to challenge myself, to push the boundaries of what I think I’m capable of physically and mentally. I have found a new love in endurance sport because it tests not only your physical strength but your mental toughness too.

Whilst having some ‘rest’ my boyfriend, Martyn and I started watching the film Everest it set into motion an idea to reach the seven summits.

Neither of us are mountaineers; the highest mountain we have climbed is Snowdon. So before we could even dream about making that happen we needed a slightly more realistic target.

Mont Blanc meaning “White Mountain”, is the highest mountain in the Alps and the highest in Europe after the Caucasus peaks. It rises 4,808.73 m (15,777 ft) above sea level and is ranked 11th in the world in topographic prominence. 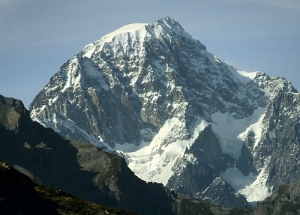 In September 2017 we will head to France to climb Mont Blanc after a year of training on smaller peaks we will spend 3 days in Italy with a guide getting used to altitude before attempting to summit Mont Blanc.

Martyn and I fell in love with majestic snow-capped peaks snowboarding down them. Now we will take on a slightly slower but tougher challenge of walking up one of them!

This challenge takes me out of my comfort zone in many ways, I have been focusing on biking for years now and so to change to a walking expedition is very new, having to learn how to use ice axis, walk in crampons and trek through the snow whilst dealing with the altitude will be an exciting new challenge and one I can’t wait to start training for and sharing with you how we get on.

I look forward to writing about the highs and lows of getting to the top.