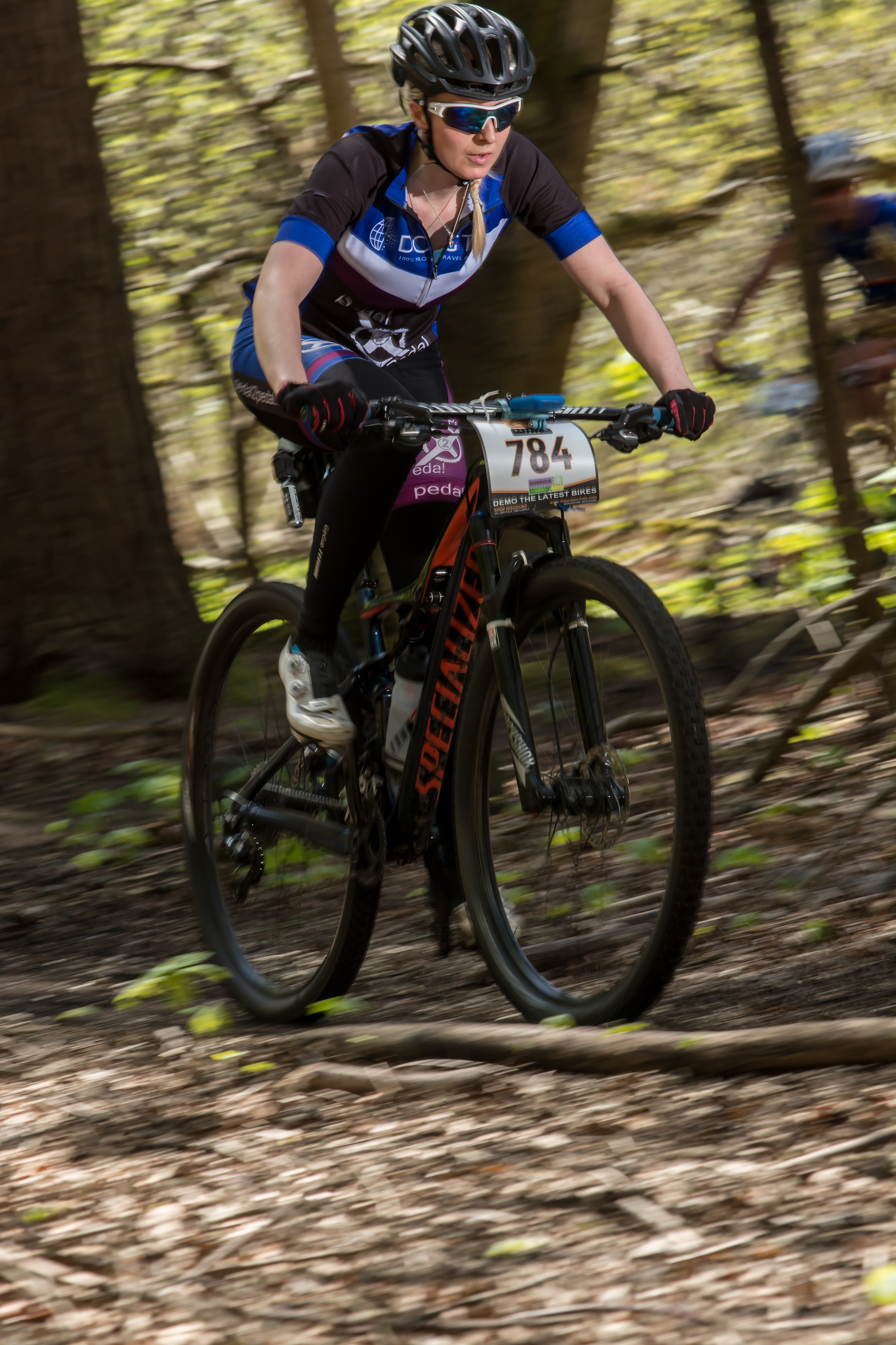 On Sunday I went to the Gorrick 100 bike race, a 100km endurance cycling event.

I had really been looking forward to this race as I felt it would be a good indicator on where my fitness levels are and how my preparation is going for the Alps.

Frustratingly I have had a stomach bug and generally not been feeling on top form so didn’t decide to race until Saturday afternoon when I was feeling moderately better.

I have done 100km a few times on the road on my mountain bike and find it hard but I was not prepared for how hard 100km off road was going to be!

I laid out my snacks and water bottles in the feed zone and lined up at the start at 8.30. My strategy was to pace myself stay steady and enjoy it.

The course was a lengthened cross country course a great mix of singletrack and fire road. There was not a great deal of climbing but the course was relentless there was no recovery periods apart from two road sections the rest of the time you were having to push the bike hard.

The first three laps I felt good and able to push hard where I needed too. It was a lovely hot day and I was drinking plenty. When I came back round to the feed zone for lap 4, I had run out of small water bottles so had to spend time re filling them. This is something I then had to do for the rest of the laps wasting valuable time!

The 4th lap was good I was trying to stick to around 15km per hour on the flat, my heart rate was in a good place roughly around 150/160 so I knew I could keep pushing.

I came round for the 5th lap and decided to up my snacks and had a malt loaf and more salted peanuts. I think in hindsight I should have had more snacks earlier on because during my 5th lap I started to feel tired. I slowed my pace slightly hoping that I could pick myself back up. I also had a few mechanical issues with my chain on this lap which slowed me down.

One of the hardest things about long distance bike racing is the lack of ability to pedal and chew at the same time. Even on flattish ground chewing, breathing and pedalling don’t mix! This was made harder during this race because the ground out of the feedzone was particularly bumpy and by the fact I had picked hard to chew salted peanuts and malt loaf both of which take some chew time.

These are my snacks of choice for training but struggling to eat them in this race brought up the need to find other snacks for the Trans Alp which can be eaten quicker and have the same energy hit that I am looking for.

Lap 6 was exhausting I had entered survival mode and didn’t know whether I could do another lap I kept pushing forward thinking it’s only another 12/15km, but I knew I was in trouble my heart rate was really low around 130bpm but my legs where giving everything they had I had hit the proverbial ‘wall’! I was relieved when I reached the long straight gravel section before the entrance to the arena this was my que that the lap was nearly over and I stuffed in another malt loaf for good measure!

Lap 7 was so hard my body was done in physically and I felt too tired to make it up some of the hills which earlier I had found easy. The bomb holes had also become hard and I found myself making silly mistakes another sign that my body was finished. It seemed like a life time before I reached the long gravel straight and I knew that this was probably my last lap.

I had a love hate relationship with this course, I loved the first section cornering through the trees and the big bomb holes and little jumps it was hard work but good fun, the second part of the course had lots of twists and turns doubling back on yourself all the time and the ground was loose making it tough going, I didn’t enjoy this so much!

This race was far tougher than I was expecting, I think I felt every emotion going in 6 hours 54 mins on my bike from enjoyment through to dread at the idea of doing another lap!

I learnt a lot about my fuelling strategy which I need to work on over my next few long rides to make sure I’m eating enough and early enough for it to have an effect on my ability to keep going.

I need to also look at pacing and how I can improve this. I am really delighted with my first four laps as my timings were consistent. It is hard to tell my riding time from lap 5 as I had to stop to sort out water bottles and also had chain issues.

Overall I am super happy with my performance this is the longest I have ridden this year nonstop and after the past two weeks of feeling powerless and not being able to complete a cross country race this is a great turn around and has shown me that I need to really use my recovery days to recover properly.