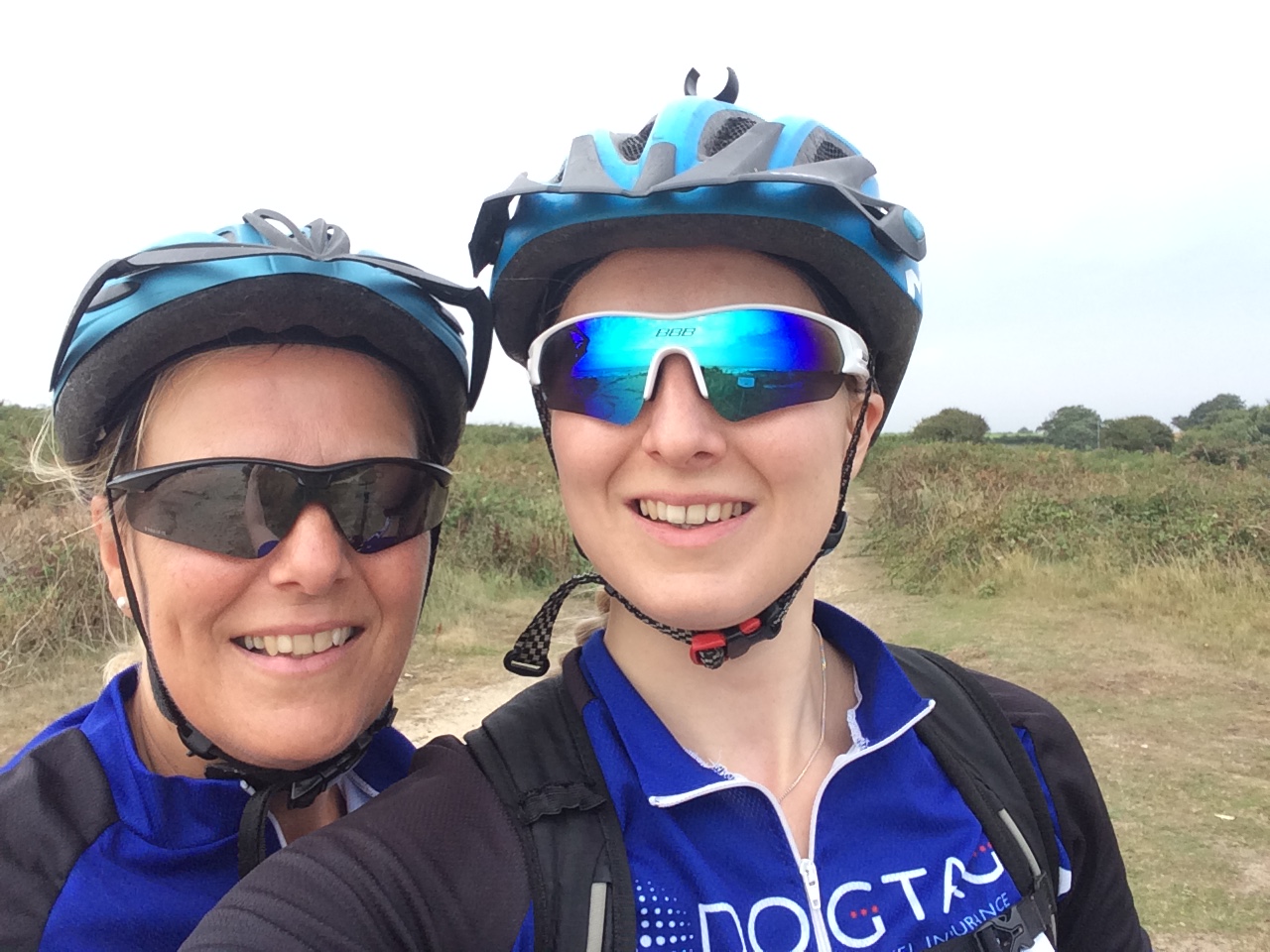 Due to a family emergency I have spent this week in Suffolk on the East coast. On Wednesday I got out on a training ride, a vo2 session and then trying to catch my parents on their ride, I did not succeed!

On Thursday Mum and I left Carlton Colville and headed towards South Cove on the back roads through Mutford. Our aim was to find a new footpath which would take us to the beach. We crossed the A12 and made our way on a quiet country road down past South Cove heading in the direction of Kessingland. After several twists and turns it seemed we would not find the right path but instead enjoyed our ride meandering between fields full of crops of sweet corn. The sun shone on us, but the wind was picking up as we got closer to the beach.

We reached Benacre sea front and the wind had become very fierce crashing the waves into the un- protected coast line. I remember as a child there being a lot more beach than there is today as the coastal cliff steadily succumbs to the waves.

From Benacre we turned left towards home travelling through Kessingland and then back through the country roads making our way through Gisleham to Carlton Colville.

Our 15 mile ride had been really good fun and a reminder that sometimes it is good to stop and take in the view instead of rushing past. When you’re training you don’t have time to stop and admire the view because you’re transfixed on what is happening on your Garmin! So it was a very welcome change to get out and ride for the sheer pleasure of riding your bike and completing a journey under your own steam.

The next day instead of making driving to my grandparents, I jumped on my bike and made the trip across town. I travelled quickly through Oulton Broad past rows of cars stuck by the bridge secretly enjoying the freedom two wheels was giving me, being able to wiggle my way through the traffic. I went past people enjoying a drink by the Broads and Swans with their goslings pruning themselves in the sun. It was a really pleasant way to make a small journey that I have done over and over again in a car and always got stuck in traffic!

On leaving my Nan and Granddads I decided to ride along the sea front. As I reached the sea wall, the wind was strong and a couple of kitesurfers were making their way through the breaking waves. I followed the shore along the cliff top until I could go no further on the cliff and made my way down onto the beach. The deep sand and pebbles made it tough work to get to the line of hard sand. The spec of cliff top in the distance slowly became nearer until I could make out houses, then slowly I could see windows and make out people on the cliff top. My destination was Kessingland, as I travelled along I passed shrieking children playing in the surf, dog walkers and runners. I kept worrying that I would run out of hard sand making my journey along the beach almost impossible. That is when I spotted the tell-tale tracks of another bike! I latched onto this hope that if someone else had been here before that I would make it to Kessingland.

I kept my eye on these tracks following beside them, with my head down focusing on the tracks I was not focusing on the cliff which had now disappeared, replaced with a bank of shingle giving no clue as to where exactly I was. It wasn’t until I got to the sluice wall I realised I had gone too far! Not one to turn back when an adventure has started I continued along to Benacre Broads and slogged through the hard sand onto the footpath that my Mum and I had taken the day before.  Once off the sand I was grateful for the small bag of Haribo that I had found in my bag as my legs resembled jelly sweets themselves!

I slowly made my way along the farm track through fields lined with Sweet corn until I got to the road. The road was lined with blackberry bushes which taunted me with their nearly ripe fruit. I stopped to try a couple which were very sour so I continued on regretting my foraging attempt. My pace had dropped off and I felt like I crawled into Henstead. I turned right into Mutford and felt a rejuvenated sense of energy at being nearly on the home straight.

Saturday was my final day. Mum Roger and I made plans to ride along the sea front to a little café to have breakfast, it was tranquil as we rode along the deserted sea front. The sea was calm and just a few boats and sea gulls graced the blue water.

From the café Mum and I made our way back through Oulton Broad with another Grandparent visit. Once we returned home I headed straight back out to get in a hill climb session. Now the East Coast does not have that many hills but I headed to one in Mutford that I thought I might be okay and one I had used about a year ago.

As I sprinted towards the top I realised that my fitness from last year to this had improved dramatically as I reached the top in 40 seconds. So I turned to plan B and did three all out efforts round the 2 mile block pushing as hard as I could. My heart rate at the end of each effort was always over 180 but during my 2 min rests it always dropped back down, another good sign for my fitness levels. After 3 efforts and still feeling like there was more in the tank I pushed round for a final time. Finishing this last effort I felt a huge sense of achievement in getting out and pushing myself. I then enjoyed ambling back through Bluebell woods, where there was no bluebells! The tree canopy made the track seem dark and mysterious until it released me back into the dazzling mid-day sun, the ground going from smooth to rough and bumpy in seconds, I pushed hard up the hill. Turning towards home on the road I had really enjoyed my time cycling and training somewhere different.

Altogether I covered 85 miles and it was great to share those miles with my family.