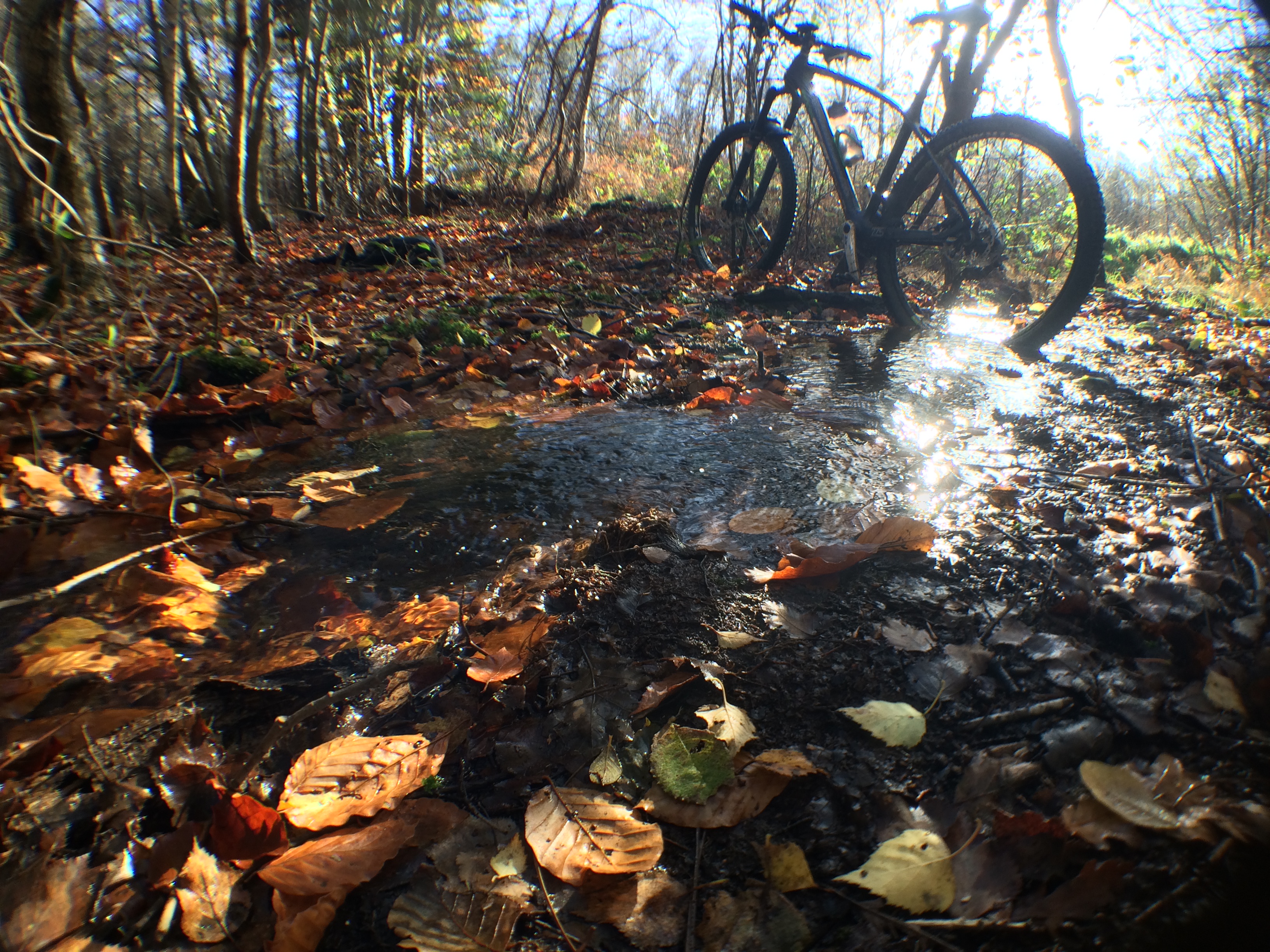 For my 2014/2015 racing season I rode a relatively new brand to the UK called silverback. The bike was the Syncra 2 which was carbon with 130mm travel. (I soon learnt this was far too much for an XC race bike)
I was really impressed with the Silverback design the frame looks sleek in matt black with green highlights and the spec of the bike was high compared to the reasonable price.

This was my first 650b bike, I had decided that his wheel size suited me because it was easier to handle, to be honest I never really gave 29ers a chance only briefly riding a friends and deciding it wasn’t for me.
The Silverback Syncra 2 came with Shimano XT group set (2×10) which was a good option cheaper than sram it meant replacing parts was cheaper on my wallet!

The bike weighed 11.2kg which was pretty light and performed brilliantly on trails both up and down hill.

The 130mm fork was far too much in hind sight for XC racing it made the front end of the bike heavy and I was never using the shock to its full extent because I didn’t really do that type of trail riding or racing. I did find it confidence boosting sometimes in technical situations because I felt like the bike could handle more rough stuff, whether this is true or not I’m not sure! The main gripe with this fork was the terrible pop lock which broke not once, but three times each time costing me around £50 for the small plastic trigger, personally this is a rip off especially when the damn thing would brake a month or so later!
The SLX brakes on this bike are great so responsive, you just need a tiny tap to feel them working.

My frame was a medium which is correct for my height but the set up of the bike was a bit too outstretched I turned the stem round so it was slammed and added a giant carbon bar which I had from when I was a real rider this helped my positioning.

Overall his was a great bike to ride and race, I would have been interested to try the 100mm travel option and see how much lighter it was and who knows his could of helped my racing performance.

I hope you enjoyed his review stay tuned for the next!