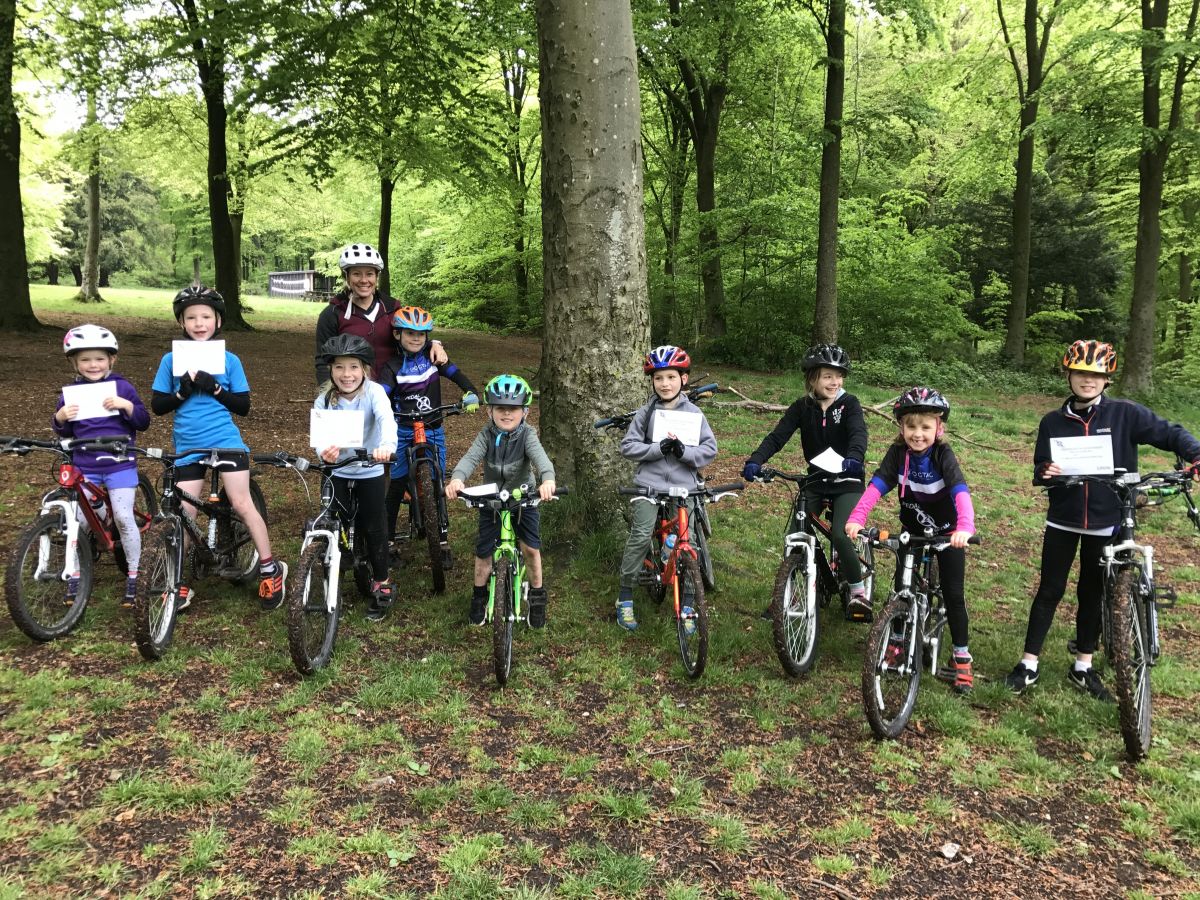 Over the weekend I ran my first instalment of mountain bike camps. These are now a Pedal 2 Pedal tradition and usually book up really quickly! Saturday was no exception; I had 8 in my beginners group ranging from 4 to 9 in age and with a mixture of off-road experience from none at all to already riding the blue trail.

We started our sessions with the usual bike checks before heading up the fire road to the field once there we played some games looking at cornering and the ready position which are two core techniques used in mountain biking. 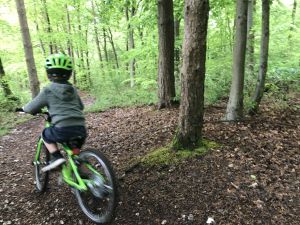 After a short snack break we used the field again to work on our techniques, talking about our breaks and how many fingers we should have covering them. Then it was time to put what they had learnt into practice, with a volunteer helper from my academy at the front and a volunteer mum at the back and me in the middle we made our way as a group down the blue trail, stopping at a switch back corner to have another go at our cornering technique before ending our adventure back near the car park. 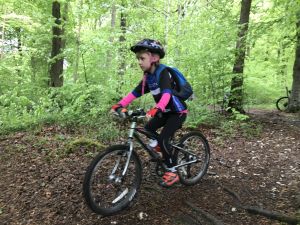 Each rider received a certificate and I have had some great feedback with six out of the eight who wanting to come back for more. 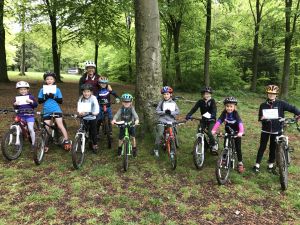 “Thank you so much for the kids’ course on Saturday – they thoroughly enjoyed it. We did the blue route down after the course and came back on Sunday to do the whole blue route 1 & 1/2 times. The kids are keen and I am going get them out as much as possible.” Guy, Evie and Tristan’s Dad.

Next up was my academy group these riders come to coaching every week and I have coached some of them for four years. There is real team competitiveness between them and the Tuesday beforehand I had set them a front wheel lift challenge which many had already started to grasp. It’s great to see youngsters so keen to improve themselves in their sport and makes me feel very proud to coach such a great cycling club. 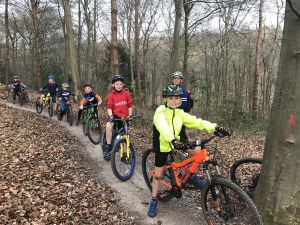 Our session looked at group riding using a game called jail break. I like this game because all riders have to communicate and work as a team to keep the ‘prisoner’ in jail so it adds something to a mountain bike session which can end up being all about your own skills, it brings the group together and makes them concentrate on being a team, a great life lesson as well as bike skill! 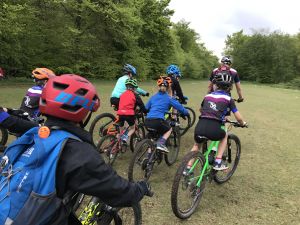 Afterwards we worked on our front wheel lifts and manuals. A lot of the riders can manual now using their upper body and momentum but a front wheel lift requires just a little more fineness and practise to master.

Once everyone had a good practise we hit the red trail with a volunteer Dad on the front and another in the middle I rode at the back so I could watch their riding style and give a few tips along the way, usually about heel position.

We have started riding ‘snake bites’ at Queen Elizabeth Country Park (QE Park) which is a series of switch back corners which take you down to the fire road, as it had rained they were a little slippery so we did half and then peeled off onto the blue descent to finish. 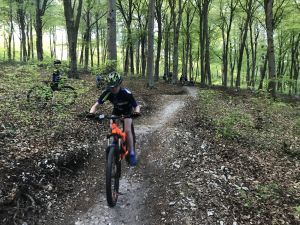 The team at QE Park have done an excellent job on working the trails and have created a great blue which the kids enjoy challenging themselves on.

The day came to an end with a few riders opting to race the Go Ride race at the QE Cycle Fest, a twisty course had been set up by British Cycling and I think my riders where still going round long after the racing was over! 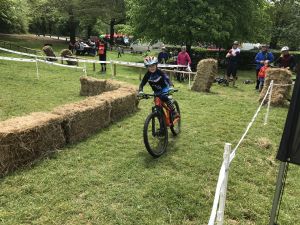 If you would like your kids to join a mountain bike camp or would like to join an adults camp please get in touch.