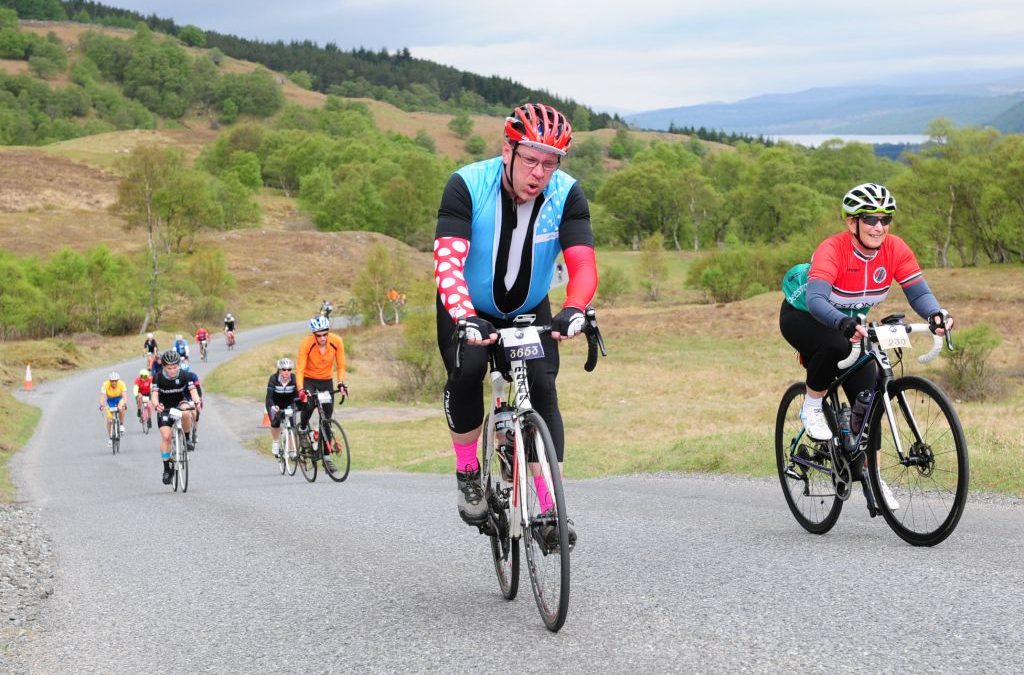 Here is my latest guest blog from Ken.

I’m Ken, a librarian originally from Perth in Scotland but now living in Portsmouth. I played quite a few different sports as a child with rugby definitely being my favourite, and if my knees and ankles were a bit more robust I would still play. I’d had a road bike from my early teens so it was probably inevitable that I’d get back into cycling eventually. I got a new road bike in 2013 but didn’t really start riding regularly until the summer of 2014 when a picture of me with my youngest nephew made me realise just how much weight I’d put on. Since that time I’ve really been bitten by the bug to the extent that I’ve completed the London 2 Paris Sportive twice and in September 2018 am doing the Deloitte Ride Across Britain.

On May 20th I, along with 2700 others, took part in the Etape Caledonia a closed road sportive based in the lovely highland Perthshire town of Pitlochry. This was my 3rd time taking part and it was a relatively late decision to do so as initially the route wasn’t going to change so the challenge wasn’t quite there but when my Dad entered I decided that I’d go back and attempt to set my best time over the 81 miles.

After entering the organisers made some interesting changes to the route by adding in an extra 4 miles to the 81 miles. This was a new climb up towards Trinafour which added in around 1,000 feet of climbing and then a fun descent back down to Dunalastair Water to rejoin the route from the previous 2 years. With this climb added the route became much more of a training ride for the Deloitte Ride Across Britain in September and my goal changed from setting my best time to seeing how the legs recovered for the Schiehallion climb after a ride around Loch Rannoch.

Riding around the shores of Loch Rannoch was one of the highlights of the ride this year as it showed the camaraderie of the road brilliantly. Leaving the first feed station into a headwind I found myself being drafted by quite a few cyclists, I’m a relatively large chap with the characteristics of a diesel engine so act as a good wind break and tractor. After a mile what had been a bunch of complete strangers formed themselves into a cohesive group working together into the wind. This gave me a time of 1:00:14 for the timed Lord and Lady of the Loch section of the ride. 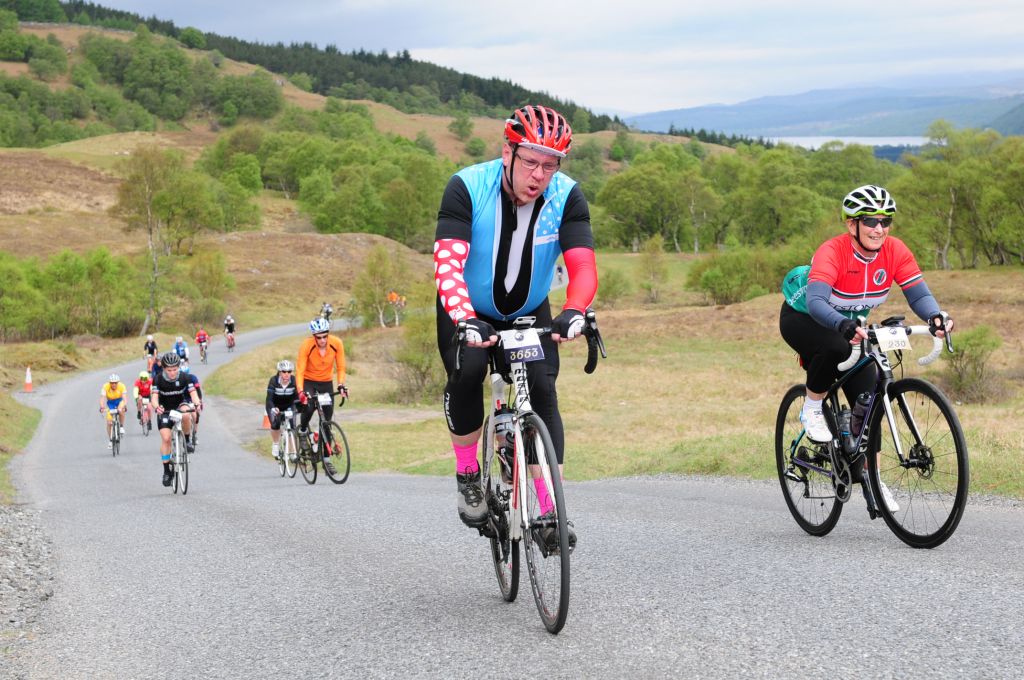 From the 2nd feed station on the south shore of Loch Rannoch your mind is focussed on the upcoming climb of Schiehallion, the signature climb, and the location of the timed King of the Mountain section. The timed section is 1.46 miles long with an average gradient of 6% but the full climb rolls over a plateau for almost 5 miles after that. My time on the timed section of the climb was 00:11:31 which was 35 seconds slower than 2017 showing the effect of the earlier climb.

What goes up must come down and this is where it being a closed road event is great because you can use the whole road on a descent which flows very nicely with only a couple of corners you have to be wary of, but these are well marked and well marshalled. Once off of the descent the rest of the ride is fairly flat and fast apart from the last 5 miles from Logierait to Pitlochry which has 3 steep, but thankfully short, sections in it. 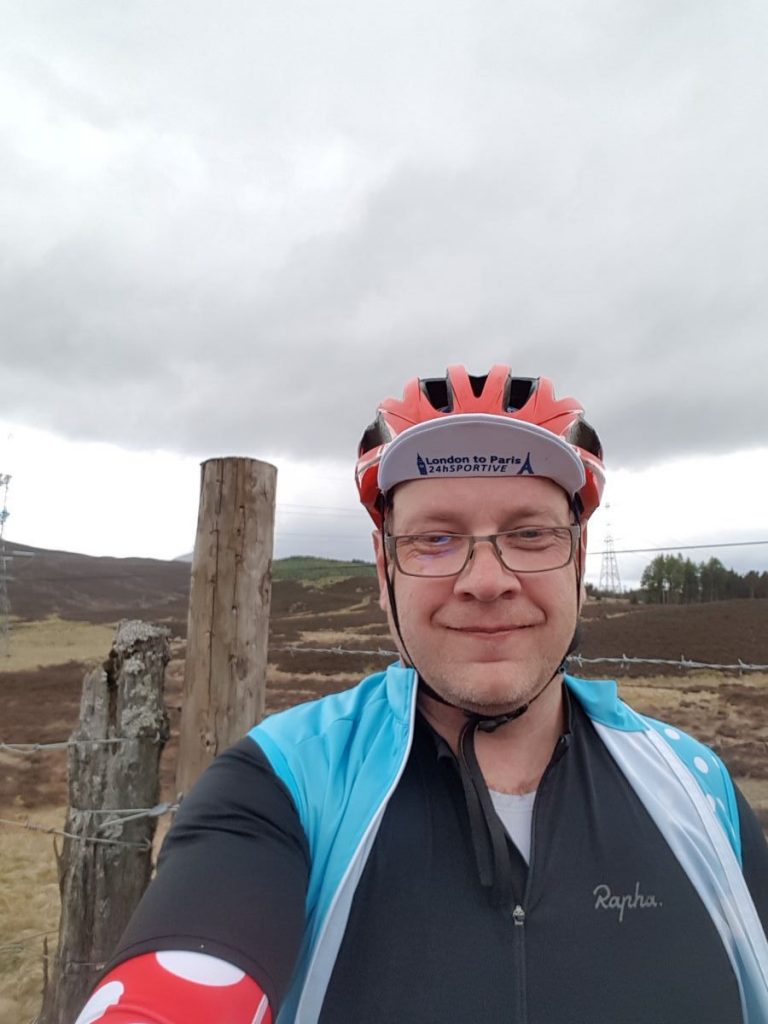 This is definitely a ride that I would recommend to anyone with an interest in cycling and one which is achievable by most people with some training. I am intending to do again in 2019 with the aim of beating my moving time of 05:18:24. If the thought of 85 miles is too much then the organisers added a 40 mile route option for 2018 and I hope that they do this again as it is a lot less daunting although it does include a different route up Schiehallion which I’ll have to find an excuse to do during the summer.