Barcelona by bike a mini adventure 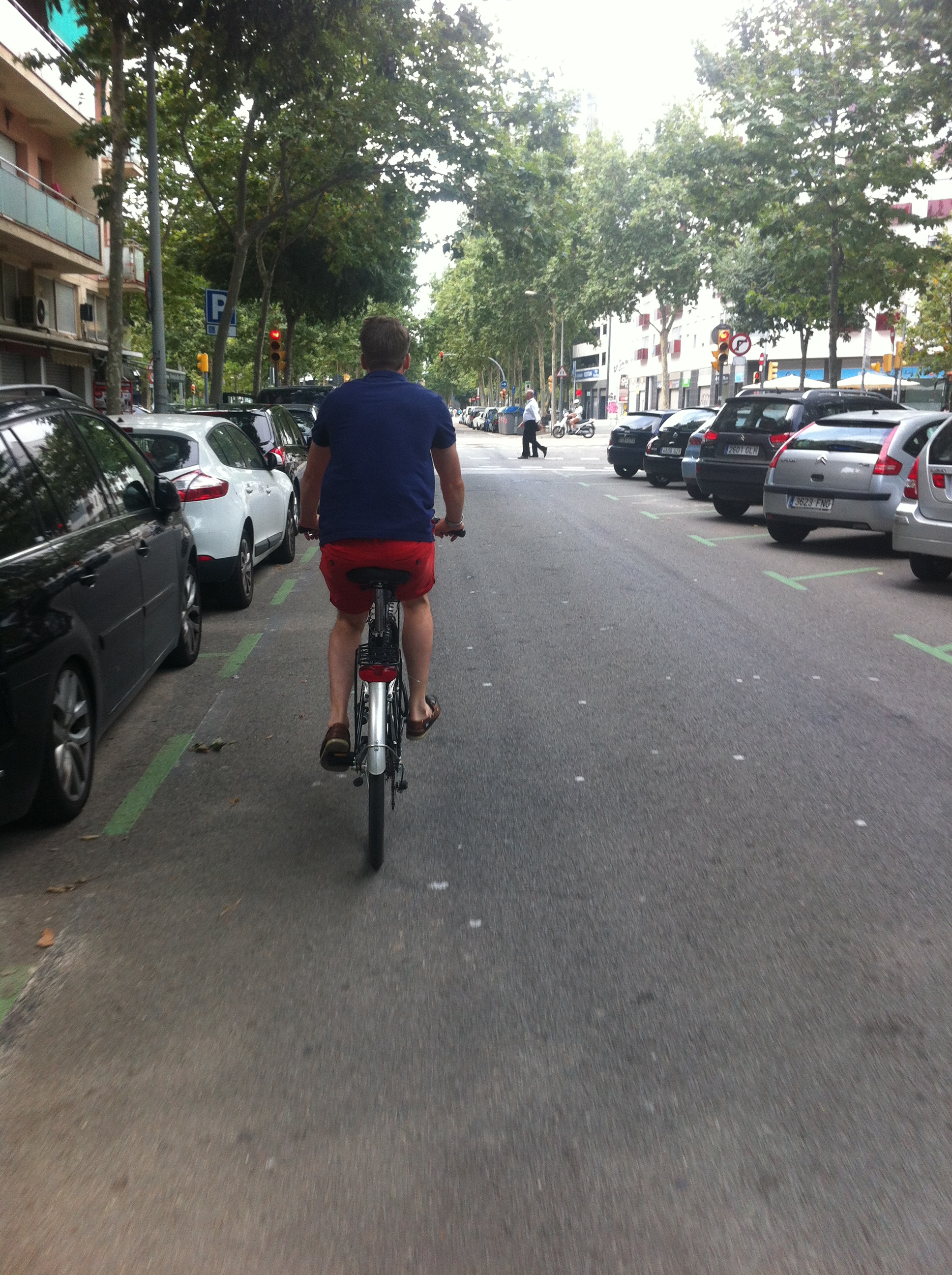 Last weekend sitting in the UK with the proposal of a wet weekend in Wales we scanned the internet to look for a better option. That option came in a three day adventure to Barcelona one of the top beach and city break locations according to Time Out Magazine, so of course, we had to try it!

Arriving in Barcelona for three days with so much to see and do pose a problem, how much time do you want to spend on sticky trams or under ground on the tube? Answer, probably as little as possible!

We stayed in the Vincci Bit hotel which was a short walk and even shorter cycle to the beach and central Barcelona. The staff were welcoming and the rooms and corridors where full of art which was brilliant. The roof top pool was more of a plunge pool, than a swimming pool you certainly had to do a lot of lengths to feel like you were exercising!

Hiring a bike in Barcelona is very easy most hotels and B&Bs have bike hire and we hired a bike for €15 a day. The bikes were delivered straight to the front door of your hotel and then your free to explore.

We ventured in land first to soak up some culture and take in the incredible architecture that envelopes this city.

The Sagrada Família Gothic church was our first bike stop it is one of the most highly decorative buildings I have ever seen and you can eat amazing Paella from one of the corner cafes while you admire the view.  Designed by Francesc de Paula Villar, it was taken over by the young Antoni Gaudí, who transformed it into the most fascinating church of all time. The church is still under construction today.

Fully replenished on Paella and ice cream we set off to central Barcelona. The bike lanes in Barcelona work like the road system so you have two bike lanes together in the middle of the road which go left and right and have their own set of traffic lights. You feel very safe in these bike lanes and can go along at your own pace taking in the sites at your leisure.

Our next destination was La Rambla and the hustle and bustle of Barcelona’s most iconic street, as you can imagine this is quite congested but is still bike-able, just be vigilant and use your bell! At the end of La Rambla you meet the Columbus monument which towers overhead.

We made our way to Port Vell to the floating quater which is a massive leisure complex full of lively bars and shops. You cant bike over the bridge but once on the other side there is a path around, however its worth parking up and having a wonder on foot.

Barcelona has around 3.5km of beach to choose from and with plenty of bike racks you can wonder up and down and take your pick.

As you would imagine Barcelona was a fantastic place to try seafood and I would recommend a meal at Shoko an infusion of Japanese and Mediterranean it comes with a higher price tag but its well worth it!

Barcelona is a wonderful city there is so much to see and do you could easily spend a week or two here. One thing we didn’t do which I hope to return to do is to go mountain biking in the mountains but this is probably best left for October time when its cooler!

I would highly recommend travelling around Barcelona by bike and think Martyn and I will probably hire bikes on our next city break.

Good luck on your next adventure, share your stories with me.